Members of the Wild Horse Foundation Emergency Response Team spent days doing both Urban and Wilderness Search and Rescue in this Tuscaloosa, Alabama Tornado tragedy.  Along with recruiting members of the University of Alabama students, and volunteers from Ohio we searched and combed miles of area.

Not one other major animal group was seen even after they claimed to be in the area.  We found pets that were left behind to fend for themselves.  Trauma and shock was apparent in these dogs and cats.  We furnished some neighbors who barely had a home standing but refused to leave food and water.

The churches and Salvation Army along with the national guard manning PODS, there was food to eat and hot meals anytime anyone wanted one.  The largest POD (point of distribution for food (MRE’s-meal ready to eat), water, ice and tarps was manned by either Alabama Air National Guard or Alabama Army National Guard and many other smaller POD’s were manned by civilians to keep supplies open.

The pictures below do not tell the whole story. 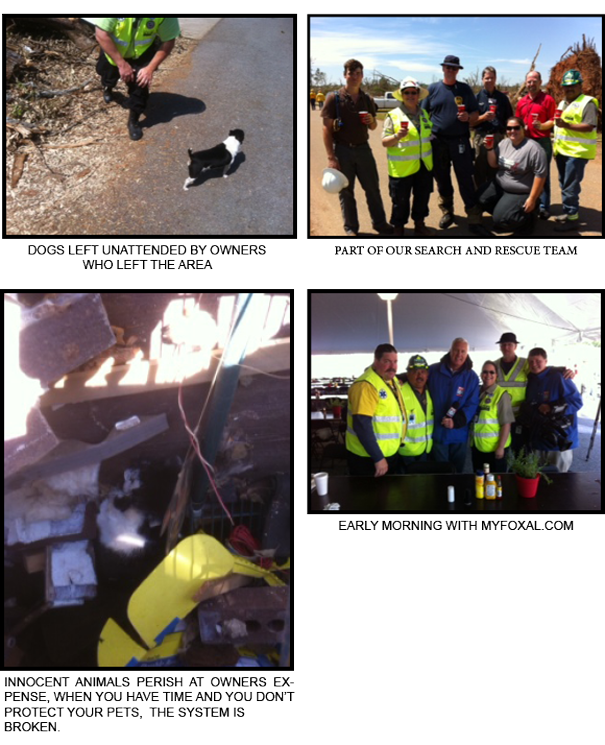